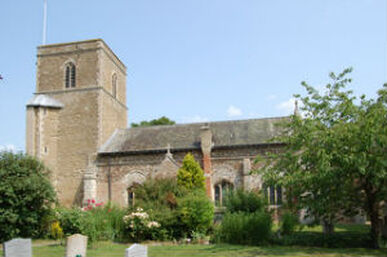 People with particular responsibility here
The Revd Nigel di Castiglione (Team Rector) - click here to contact
The Revd Geoff Dodgson (Lead Minister for Lolworth) - click here to contact
Sue Houlton (Churchwarden)
To send a secure message to the Treasurer click here
Opening times for individual prayer
Sunday 9am - 1pm
Please look for the guidance notes as you enter the building
​to ensure safe use at this time.
​ 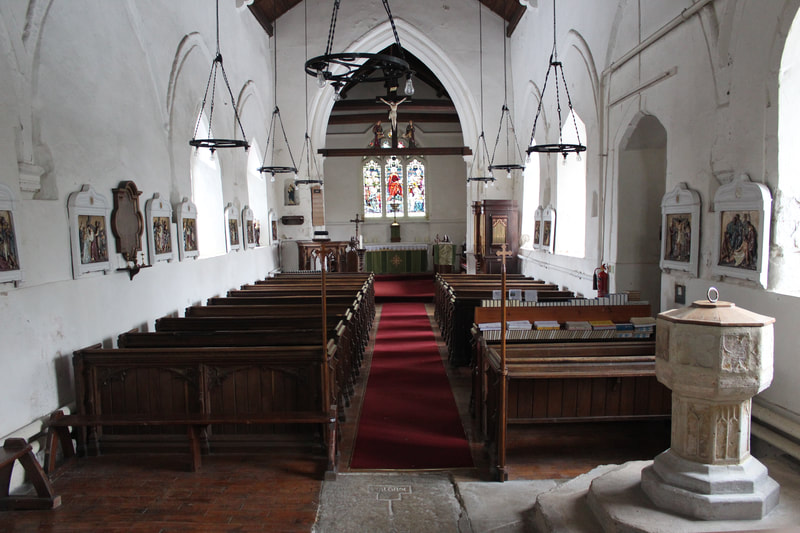 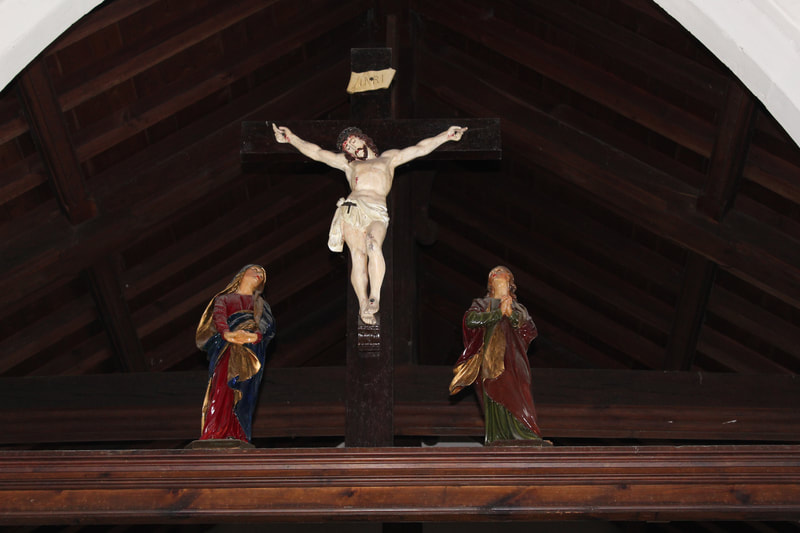 Church History
​The early history of the church and village of Lolworth is unknown. The Domesday Survey (1085) records that a certain Robert held land at Lolesworde, in the North Stow Hundred, of Picot, sheriff of Cambridgeshire. In 1251 “the Lady of Lollesworth” is mentioned as holding land in Long Stanton. In 1281, Philip de Coleville held land in Lolworth together with the patronage of the Church. He presumably presented the living to Henry de Coleville, who is the earliest known Rector and who held the living at least between 1281 and 1291. The date of the church is unknown, though there is reason to suppose that it was built in the time of Henry de Coleville probably replacing an earlier church. The church in its present form dates possibly from 1406. Except for the tower and south window of the nave (apparently Early Perpendicular) it is of the late Decorated period. The present form of the church is apparently its original form, that of a single nave without aisles. North and south aisles were added later. The fresco of the Incredulity of St Thomas, near the tower (see below), was considered to have dated from prior to the addition of the aisles. Thomas of Walsingham, a monk of St Albans, records in his Historica Anglicana that in September 1393 there were lightnings and thunders which did much damage in many parts of the kingdom, especially in Cambridgeshire, where the houses and crops near Lolworth and in that village were terribly burnt down. It is possible that the church was practically destroyed in this fire and that the side aisles were lost and never rebuilt, with probably only the lower parts of the walls and pillars surviving. A field near to the church is still called Burnt Close. After the fire the village also had to be rebuilt. It has been suggested that the church was rebuilt without the aisles but with the former tower and it is possible that the church was rededicated in this form on St Andrew’s Day, 1406. The Dedication Festival was ordered to be kept on 20th July. It is likely that the chancel was shortened at a later date and blocked windows may be seen in the north and south walls. The present roofs date from 1891 when the church was restored. Previously they were higher and flatter. The north wall was restored as a part of the War Memorial after the Great War, 1914-18, and the work disclosed a squint near the chancel but which was blocked up again. The niche by the north side of the chancel was found at this time. The tower is of clunch, built in ashlar courses, 14 feet (4.25m) square inside, with walls of an average thickness of 4 feet (1.25m). The massive door in the tower inside is braced with wide criss-cross strips of iron, making the tower a stronghold. The Revd Henry Martyn, missionary and orientalist, who died at Tokat in what is now Turkey in 1812, had charge of the parish of Lolworth while he was a curate to Charles Simeon at Holy Trinity Church in Cambridge from 1803 and before sailing for India early in 1805.The Revd R H D Barham was Rector of Lolworth, 1840-76. He was a son of the Revd Richard Harris Barham, author of The Ingoldsby Legends, and it is said that some of the poems were written in Lolworth Rectory.Today the parish of All Saints, Lolworth, forms part of the Papworth Team Ministry.
It is hoped that those who visit our parish church will find it not only an interesting and beautiful building but also will be able to experience from it a welcome and a peace that should be the atmosphere of a place where prayer and praise are offered.
© Papworth Team Ministry (C of E), building bigger disciples
All information provided on this website is provided in good faith and every effort is taken to ensure the information is correct and up to date, however we cannot be held responsible for errors or omissions.
We assume no responsibility for the content of websites linked to our site. Such links should not be interpreted as endorsement by us of those linked websites. We cannot be liable for any loss or damage that may arise from your use of them. ​